According to the Austrian Ministry of Finance, there are currently no legal restrictions regarding the donation of bitcoins. As cryptocurrencies are new phenomena, there may be legal changes in the future. Jugend Eine Welt is closely monitoring legislation in this matter and will adapt its fundraising policies accordingly. Jugend Eine Welt will always comply with legal requirements.

Why is a charitable organization like Jugend Eine Welt Österreich asking for bitcoin donations?
Bitcoins are a valuable object such as paintings, artwork or real estate, etc. Everything that can be converted into Euro, helps donor-driven/donation-driven organizations to finance Social and Development Cooperation Projects. All contributions are welcome. It is irrelevant which kind of property holdings or financial assets we receive – the potential to sell is the important factor. For our work we need easily convertible currencies like Euro or US Dollar.

Currently cryptocurrencies gain importance as a supplement to conventional currencies. It might even be possible that in the future bitcoins could be donated directly for projects, once legal and ethical questions have been resolved and once there is a sound legal basis for the transfer of cryptocurrencies.

We believe that there are people in the community of cryptocurrency, who want to share with those who do not have the possibility to deal with modern instruments of payment like cryptocurrencies.

An ethical evaluation of cryptocurrencies

Cryptocurrencies like bitcoin have gained much attention lately because of their significantly rising price. Some people have bought cryptocurrencies and gained, others have bought them and lost. The risk is communicated in all media. The market of cryptocurrencies is in some areas not sufficiently regulated. Governmental control like the Public Supervision of Banking is unsure how to handle the new phenomenon. It is important that interested people make themselves familiar with the new technology to realize potential threats.

There are also opportunities regarding cryptocurrencies. In many development countries, a lot of people do not have bank accounts. A communication device with internet access is all that is required to have access to a functioning financial system via bitcoin.

If you are donating an object of value or bitcoins and want to claim a tax relieve for that amount, you first must sell these objects or cryptocurrency yourself and then donate the amount in Euros.

Should there be an option to claim tax relieve for bitcoin or object donations in the future, we will publish relevant information on this website.

Thank you for your support!

We use a hardware wallet of a well-known manufacturer to administer bitcoin donations. To guarantee a high level of security, we keep the digital credentials in a bank-safe. Third parties have no possibility to access our private keys.

Please make sure you enter the correct address. Bitcoins sent to an incorrect address cannot be retrieved. The amount will be lost.

Bitcoin users are personally responsible, which is a main difference to the common banking-system. In case of a transaction error, banks can trace and retrieve funds, which is not possible in the case of cryptocurrencies.

Where is my donation going to

On https://blockchain.info you can search for the correct wallet and see latest transactions.

What we do with bitcoins

As a Non-Profit Organization, Jugend Eine Welt is not interested in speculation or trading in cryptocurrencies. However, we are grateful for donations of bitcoins just as money, paintings, real-estate or other things. The revenue is used to finance our projects.

We promptly convert bitcoin donations into Euros. This is done through Austrian providers. The exchange revenue is being used by Jugend Eine Welt, who supports projects to fight poverty in developing countries and who works for a better future for young people.

Bitcoin Donation – how does it work

If you own bitcoins and want to donate these, you can simply transfer the amount to our bitcoin wallet. We promptly convert your bitcoin donation into Euros.This way, you support Jugend Eine Welt, an international Non-Profit Organization in the field of child- and youth welfare as well as development cooperation.

Instead of entering an address of the bitcoin wallet, you can simply scan the QR-Code.
Our bitcoin address: 3Ftyx4T8ruUKUtnrHDe8BoAzgv72Sk9C5H 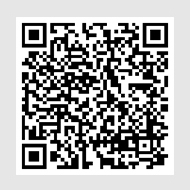 You’ve got a bitcoin-wallet?

We promptly convert Bitcoins into Euros and finance projects for street children, education projects, as well as Emergency and Disaster Assistance.

Your bitcoins offer education and training!